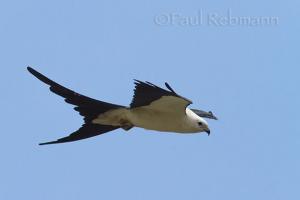 With the year coming to a close I looked back at the photographs that I made over the past twelve months and picked some of my favorites to share with you here. Last December this "View from Blood Mountain" presented itself near the end of my first day of backpacking on the Appalachian Trail. This shows the Blue Ridge Mountains in north Georgia form the highest peak of that week's hike. This trip was the subject of my February post and was followed up with another week of backpacking the next section of trail at the beginning of March. That hike was encapsulated in a video by Danial Reed which can be seen in the YouTube video "A. T. Neal's Gap to Dicks Creek Gap". The swallow-tailed kite pictured here (and also at the top of this post) was captured (photographically) near Goethe State Forest. I had been there to hike one of the forest's Trailwalker trails and try and find some of the spring orchids to photograph. I did not have much luck with the orchids, but I did find other wildflowers and wildlife including a red-headed woodpecker and a Sherman's fox squirrel, the latter of which eluded the camera. This kite was plucking things to eat out of the tops of some trees, occasionally swooping low and close to the position I had taken near the trees of a fencerow. I did get some nice images of green addersmouth orchid on the way home that day at a location I knew about near Ocala. This image from Lake Disston (see October post) is what I consider an iconic Florida scene, but one that is mostly only seen by kayakers, canoeists and fishermen out enjoying the state's lakes and rivers. The image shows two osprey, one on the nest and another perched nearby, in an old, gnarly, weatherbeaten cypress tree growing in the shallows of the lake surrounded by spatterdock leaves. Closer to home on the Atlantic coast this summer I photographed seaoats backlit by the early morning sun.

Once the heat of summer broke, Virginia & I went camping at Hillsborough River State Park in October. The entrance road to the park was lined with spectacular fields of Liatris in bloom. This wildflower has several names, also known as gayfeather or blazing star. This is one of the images that I made while we were there.


I hope that you have enjoyed my photographs from the past year and that you are also inspired to go out and enjoy nature.