Backyard and Bicycle Botany during Quarantine 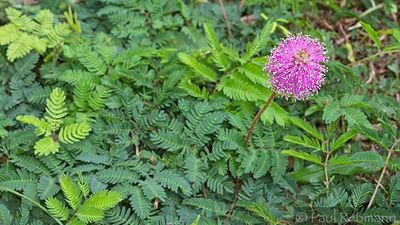 Stay at home orders and self-quarantine to prevent the spread of Coronavirus has disrupted everyone's routines this spring.
Virginia & I were lucky in that our family spring camping trip to Paynes Prairie State Park was the week before all the Florida state parks closed and self-quarantines were implemented.
Now group meetings are being done online and trips to the gym are replaced with walks on the beach and bicycle rides.
However, this does not preclude either botanizing or photography, both of which I have been able to indulge in during these unusual times.
First a look at a few of the cool and not so cool plants that I have photographed around the yard during the past two months.


The bees alerted me that the yaupon holly was blooming. The tiny flowers are easily overlooked, and I probably would have done so if it had not been for the heavy traffic of pollinators heading in and out of our lone yaupon tree. Finally a morning with relatively light winds allowed for some close ups of the female flowers.


I don't know where the nearest male yaupon plant is, but apparently it is close enough as we have had berries on our yaupon tree in previous years.

Another native plant in the yard is a pretty sprawling ground cover known as powderpuff. This year the powderpuffs seemed to be particularly prolific.


Mimosa strigillosa is one of the five Florida Mimosa species, all having pink flowers in globular clusters and pinnately compound leaves. Also called sunshine mimosa it does not have prickles, unlike the otherwise similar sensitive-briars.


These rain lilys are native to Brazil, not Florida, but still a pleasant sight at this time of year. Very similar-looking to the native rain lily or atamasco lily that are found in north Florida.

One day I discovered a highly invasive plant in the corner of the yard next to the power pole. It was Sprenger's asparagus fern which I am sure grew from seeds dispersed by plants that used to be in a neighbor's landscape.


After photographing the flowers, I dug up the plant, photographed the roots showing their bulbules and disposed of it.
In case you were wondering who Sprenger was, he was a German botanist of the late 19th and early 20th centuries who was partner in a Naples (Italy, not Florida) horticultural house and popularized the use of this South African plant in Europe.

Bicycling for excersise also provided botanical opportunities. This native plant is Virginia pepperweed, and it was one of the many little wildflowers along the A1A portion of the Ormond Scenic Loop and Trail.


I have often noticed pepperweed in various locations, but usually after it has finished flowering and the distinctive fruit have matured.

Along the North Peninsula State Park section of the A1A trail was beach morning glory, which is also found on the dunes.


This is just one of the many morning-glory species that can be found in Florida.

A large area of the right-of-way was covered by a low-growing plant having tiny yellow fowers (also visible in the morning glory image above).


I found out that this is called Burr clover for the burr-like fruit that somewhat resembled large sand spurs.

Bicycling on the local neighborhood streets revealed a very small dayflower in a lawn. The tiny blue flowers are only open in the morning, and close by mid-day.


This one is called common dayflower - Commelina diffusa var. diffusa - and is not native to North America although it is now found in much of the eastern United States.

On another street someone had a large angel's trumpet shrub in their yard.


This ornamental plant is native to Brazil and surrounding areas of South America and has escaped from cultivation in a few places in Florida and also Puerto Rico.