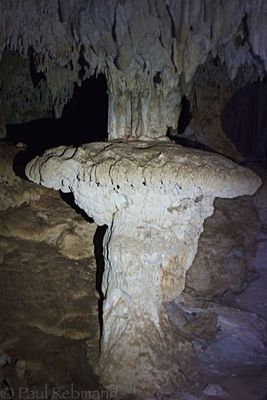 I thought that I would start out the new year by showing you some of my favorite photographs from places that I visited over the past year. Looking back it was a very active and enjoyable year, starting with New Year's camping at Collier-Seminole State Park. New Year's morning found me photographing a strikingly beautiful oceanblue morning-glory in the campground, followed by Virginia and I paddling down the lovely mangrove-lined Blackwater Creek to Mud Bay and back.


Later in January, I hiked a new section of the Florida Trail in the Lake Lizzie Conservation Area in advance of the official celebration and ribbon cutting. During my first visit, I made the photograph "Lake Lizzie Marsh" from the observation deck just off the trail. On the day of the ribbon-cutting I participated in the group hike as the naturalist guide.


I had desired to see the magotes of Cuba ever since I first read about them in "The Cruise of the Tomas Barrera", a book my John B. Henderson detailing a scientific expedition to Cuba in 1914. Magotes are isolated hills surrounded by flat plains, usually round and steep-sided made up of limestone or other rock. I did not get to visit any magotes close-up during my visit to Cuba last February, but I did get to see them in the distance while travelling through the country. On one of the bicycling days I stopped in the countryside to make this scenic photo of magotes and royal palms under a partly cloudy sky.


Although I knew that a walk through a cave was on the agenda for the Cuba tour, my expectations were low. Having explored some of the finest wild caverns in Tennessee, Kentucky and even Florida it takes more than just a hole in the ground with a few stalactities to impress me. But Cueva de Santa Catalina did just that with its various passages and numerous variety of speleothems (cave formations). The most remarkable ones were the speleothems in the shape of giant mushrooms, which are unique to caves in this area of Cuba. There were many large ones like in the photo at the top of this post, but one of the prettiest was this short, squat one with a peaked top.


My next adventure was backpacking the Ocala National Forest at the end of March. Part of that hike, around Hopkins Prairie was the subject of my blog last July. My favorite photo from that hike was an early morning image of a lone slash pine along the edge of the prairie.


The following month I embarked on a longer and much more challenging backpacking adventure on the Cumberland Trail in Tennessee with Daniel Reed. Not counting the blurred images of a wild razorback hog charging past us on the trail, the photographic highlight of that hike was a pink lady's slipper orchid.


May brought the annual Florida Native Plant Society state conference and its field trips. One of these was a kayak paddle led by Lars Anderson of Adventure Outpost in High Springs. This trip started on the Withlacochee River and took us upstream through Gum Slough to Gum Springs.


As a side note while I was in Crystal River for the FNPS conference, I got some photos of a group of wild hogs that had come out of the woods along the highway right of way. It was starting to seem like 2019 was the year of the hog.


Late summer found Virginia and I camping at Jackrabbit Mountain in North Carolina. There at night a mostly dark sky above Lake Chatuge marred only by a bit too much light to the south from nearby Hiawassee, Georgia was a pretty view of the Milky Way and Jupiter.


That camping trip was cut short so that we could return to prepare for the approach of Hurricane Dorian which threatened Florida but stayed just far enough off the coast so as to have minor effects in our area other than the disruption of evacuation.


In October a family vacation took us to Lido Key on the Gulf of Mexico near Sarasota. There I was able to get some better photographs of buttonwood flowers. I also found both species of the Scaevola genus that occur in Florida, the threatened beachberry and the invasive Beach naupaka. But the photographic highlight of that trip came while walking the beach where a reddish egret was feeding. I captured this image of it running away from the gulls after catching a small fish.


In early December I kayaked the Suwannee River from Stephen Foster State Park to Suwannee River State Park with Paul Haydt. I had paddled this section a number of times in both a kayak and canoe, but always before it was broken up into separate two day, one night trips with the start or end point at Spirit of the Suwannee Music Park. This time it was a 3-1/2 day, three night trip and each morning the temperature was in the low 30's. One day we paddled by this interesting cypress tree on the bank having a short large hollow broken trunk with much younger and smaller growth that was now golden with its fall colors illuminated by the afternoon sun.

The final photograph of the year that I will share here is of the St. Marks lighthouse south of Tallahassee. This lighthouse is located on Apalachee Bay near the mouth of the St. Marks River in the St. Marks National Wildlife Refuge, which I visited that day mainly for bird photography, highlights of which were a vermillion flycatcher that was barely in range of my 300mm lens and some buffleheads just offshore near the lighthouse.