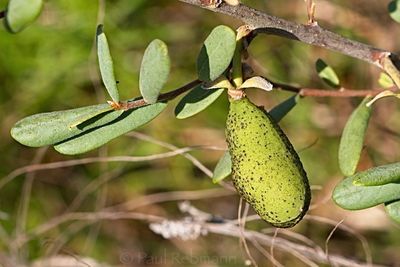 For me one of the highlights of a Florida spring is the appearance of pawpaw blooms. Pawpaws are members of the Annonaceae family, the custard-apples. There are currently a dozen known species of Asimina (the pawpaw genus) in the sunshine state plus at least a half dozen naturally occuring hybrids. This and future posts will each feature several of these interesting plants.


Typically the earliest blooming Asimina is the smallflower pawpaw with the maroon flowers appearing first in February and continuing through April. Like all of the 'true' pawpaws, the flowers have two series of dissimilar petals, with the inner petals having a saccate (pouched or bag-like) base, and a peduncle (flower stalk) with small bracts. In Asimina parviflora the flower is less than an inch wide with a fetid smell and a peduncle less than a half inch long, sometimes so short that the flower appears to be attached directly to the stem. Smallflower pawpaw flowers have petals that are recurved outwards at the tip, the outer petals tyically curving back upon themselves. The inner petals are about half the size of the outer and are smooth inside at the base. There are usually three inner and threee outer petals in this species.

This smallflower pawpaw was photographed in Riverbend Park in Ormond Beach.


Smallflower pawpaw can be found mostly in wet hammocks in much of Florida north of Lake Ockeechobee and in the southeastern coastal states from Virginia to Texas, plus Arkansas. Growing up to 20 feet tall, it is basically a smaller version of the better known common pawpaw.

Common pawpaw - Asimina triloba - is also called dog banana or Indian banana and only occurs in Florida in five non-coastal central panhandle counties. This has the widest distribution of any of the pawpaws, found in mesic woodlands throughout much of the eastern United States west into Texas to Nebraska and north into Ontario. Common pawpaw is also the largest of the pawpaws, growing up to 46 feet tall. The flowers are very similar in color and form to smallflower pawpaw, but slightly larger at one to two inches wide.

This pawpaw was photographed last April in Tennessee's Cove Lake State Park at the Bruce Gap trailhead where I started backpacking a section of the Cumberland Trail.

Pawpaw fruit is edible, and the common pawpaw is the one most frequently consumed.

Blooming almost as early as smallflower pawpaw is the netted, or flatwoods, pawpaw with the flowers appearing on the previous year's growth, often before or with the appearance of the current season's leaves. Asimina reticulata is a much smaller plant at less than 5 feet tall, most often 2-3 feet tall, with larger flowers than A. parviflora. Netted pawpaw flowers are creamy-white with the outer petals spreading and the inner petals curving inward. The inside of the inner petals have a purple corrugated base. The leaves are much paler underneath than on top.

I photographed this netted pawpaw on March 1 this year in a pasture at the Lake Monroe Conservation Area.


Netted pawpaw is one of the most common and widespread pawpaws in Florida, found mostly in flatwwods and sandhills thoughout much of the Florida peninsula except for the Everglades and the Keys. They are also found in Hamilton County, Florida and southeast Georgia. The photo at the beginning of this post shows the fruit of a netted pawpaw plant. The fruit of other species of pawpaws appear similar, varying mostly in size.

All pawpaws are host plants for zebra swallowtail butterflies and the Asimina webworm moth.

One might think that these two different Lepidoptera would compete for food, but apparently they have a facilitative relationship. Zebra swallowtail larvae need young fresh leaves and the defoliation by the pawpaw leaf-rolling caterpillars in the summer stimulate new leaf growth, providing the needed fresh leaves for the late season zebra swallowtails.