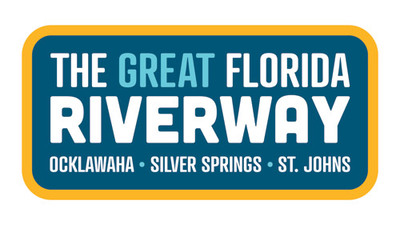 Now is the time for action to reunite the Great Florida Waterway.

The Great Florida Waterway is made up of the Silver Springs, Ocklawaha and St. Johns Rivers.


The Great Florida Waterway is interupted in the middle by the Kirkpatrick Dam and Rodman Reervoir. These remnants of the long abandoned project to build the Cross-Florida Barge Canal disrupt the natural flow of the Great Florida Riverway and causes ecological harm in many forms.


During multiple periods in Florida's history various interests have desired to build a canal to short-cut across the Florida peninsula, avoiding the hazards - from weather, pirates or wartime enemies - of rounding the southern tip of the state through the Florida Straits. After several previous false starts, in the early 1960's a major step was taken on a canal project with the construction of a dam across the Ockalawaha River that created the Rodman Reservoir. Within a decade the cross-Florida barge canal project had been cancelled, largely due to concerns about the excessive envirnomoental impact that would result from completion of the canal. However the dam and reservoir on the Ocklawaha River have remained for over a half century.


Now the aging dam is in danger of failing, which would be devastating for the area of the lower Ocklawaha and the people living downstream along the St. Johns River, including Welaka. Since many people and organizations have advocated for the removal of the reservoir and returning the Ocklawaha to a free-flowing river, the St. Johns River Water Mangement District is currently (through 5pm Fri. Oct. 22, 2021) soliciting public input on the future of the river, dam and reservoir with a short four-question online survey at https://floridaswater.formstack.com/forms/rodman

A coalition of environmental, recreational and business organizations have joined together in an effort to Reunite the Rivers. These organizations are advocating for the fiscally and enviromentally responsible solution of breaching the earthen portion of the dam where the original river channel was and allowing the river to flow freely and return to its natural water levels. One of the benefits would be the uncovering of multiple springs including Canon Springs which I photographed during one of the reservoir drawdowns.


These drawdowns of the artifical lake have been required every couple of years for aquatic plant management of hydrilla (Hydrilla verticillata), water lettuce (Pistia stratiotes), water hyacith (Eichhornia crassipes), coontail (Ceratophyllum demersum) and eelgrass (Vallisneria americana).
During the drawdowns the drowned forest is exposed along the sides of the original river channel.

Reflections of a Drowned Forest


Breaching the dam will restore safe passage for manatees to travel up to Silver Springs in the winter and for all types of fish to naturally migrate during their life cycles upstream and downstream between the Ocklawaha and the St. Johns.


This photograph was made on one of the oxbows along the natural section of the Ocklawaha River between the Silver River and Eureka. In this image you are looking both upstream on the left and downstream on the right.


Below shows spanish moss-laden cypress trees in the winter topped with many white ibis along where the Ocklawaha River joins the St. Johns.

For an extensive and unbiased history of the Florida canal, I recommend "Ditch of Dreams" by Steven Noll and David Tegeder.

You may also want to check out these pages at Wild Florida Photo:

or the March 2015 Paul Rebmann Nature Photography blog post about the Ocklawaha River,

or watch the video "Lost Springs of the Ocklawaha River".

And don't forget to give your feedback before Oct. 23 at https://floridaswater.formstack.com/forms/rodman